Anecdotes from College and news afterwards 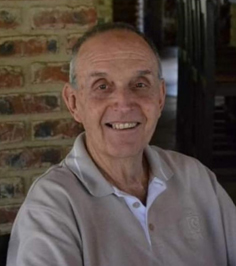 Kidnapping of University Rag Queen in Salisbury by Course 15

UCRN Rag Queen, Sue Sexton, instead of being in residence at one of the girls’ hostels on campus, shared a flat with a fellow student away from the University. This accommodation arrangement made it much easier to kidnap her, as it was unlikely that she would have any student minders to protect her.
The Gwebi kidnap gang had been given Sue’s name and address so they monitored her movements and then simply knocked on the door of her flat and informed her that she was now under their protection and whisked her off to the College. It would seem that Sue had just stepped out of the bath when the gang arrived and in their haste to take her away forgot to allow her to pack a suitcase. On arrival at the College Sue informed them of her predicament so Mick and Bucky promised to return to her flat and ask her flat mate to pack some clothes and toiletries. On arrival back at the flat they scouted around to make sure there were no University thugs waiting in ambush. With the coast apparently clear Mick went up to the flat on the first floor and asked Sue’s flatmate to pack whatever was needed for Sue, whilst Bucky sat in the car to act as a lookout and to hoot his horn as a warning should any University students turn up. It wasn’t long before a rescue team from the University belatedly arrived in vehicles at the ground floor of the flats, effectively trapping Mick on the first floor. Bucky had been hooting a warning and Mick’s only choice was to leap with Sue’s suitcase off the balcony of the flat and fortunately he landed on grass and bushes without hurting himself. Mick jumped into the already moving car and they successfully escaped back to Gwebi.
Sue was featured in the Sunday Mail with a picture of her holding a small pig. The episode gave a lot of publicity to Rag and the Charities they supported, however it had some bad consequences. The ensuing competition over the years between Gwebi and the UCRN degenerated to physical levels.
In C15’s Second Year they attempted a repeat performance of their successful Rag Queen kidnap from the previous year but the young lady in question, Wendy Hughes, was extremely vigilant and managed for some time to avoid being captured and was carefully guarded by a group of minders. When the Gwebi kidnap gang arrived at the University campus at night they did, with inside knowledge, manage to capture the Rag Queen but ran into an ambush in the car park and had to abandon her to make good their escape. The outcome of this confrontation was that one of the University students broke a leg and the authorities at Gwebi suspended several C15 students including George Hodgson from C16. This suspension was only lifted when Ian Smith intervened and politely asked the Gwebi authorities to reconsider their decision. It is most fortunate that Bucky’s father had been at school with the Prime Minister.
Extracts from Colin Lowe’s newsletter were compiled with contributions from Mick Fletcher and George Hodgson