A tribute to Dave Williamson (Course 21)
Born in Southern Rhodesia in 1950 the first of two boys, Dave grew up in Headlands, schooling in Marandellas at Digglefold then at Marandellas High. In 1964 his folks bought a farm in Umvukwes. 9 months National Service was completed in 68/69 then Dave enrolled with Course 21 at Gwebi College of Agriculture. This is when he met Colleen. He graduated and Dave had always enjoyed the practical side of things – especially engineering.
Col continues: “We were married in 1973 and have two children, son Neal 1975 and daughter Karen 1977. Worked on Yomba, large cotton, wheat, groundnuts farm all under irrigation, Raffingora, and later we moved to Umvukwes, Forrester Estate, before emigrating to New Zealand in September 1979.  Initially we worked on a mixed sheep/crop farm for 3 and half years in Mid Canterbury, before moving to Ashburton where he used his engineering skills and interests to become partner & manager at Lynn Williamson Engineering. The business specialised in Ancillary equipment for the plastics industry, Dave designed and built all products including haul-offs, coilers, printers, cutters, and also looked after the local farmers by providing pelleting machines for stock feed.  His business partner Peter Lynn has a successful global kite business and Dave helped here with his engineering skills and was sent to China to set up the factory, there being no-one else with the knowledge and expertise. He had designed and built a kite cutting table. After 18 years here we realised change to a more vibrant economy was necessary, so the decision was made to 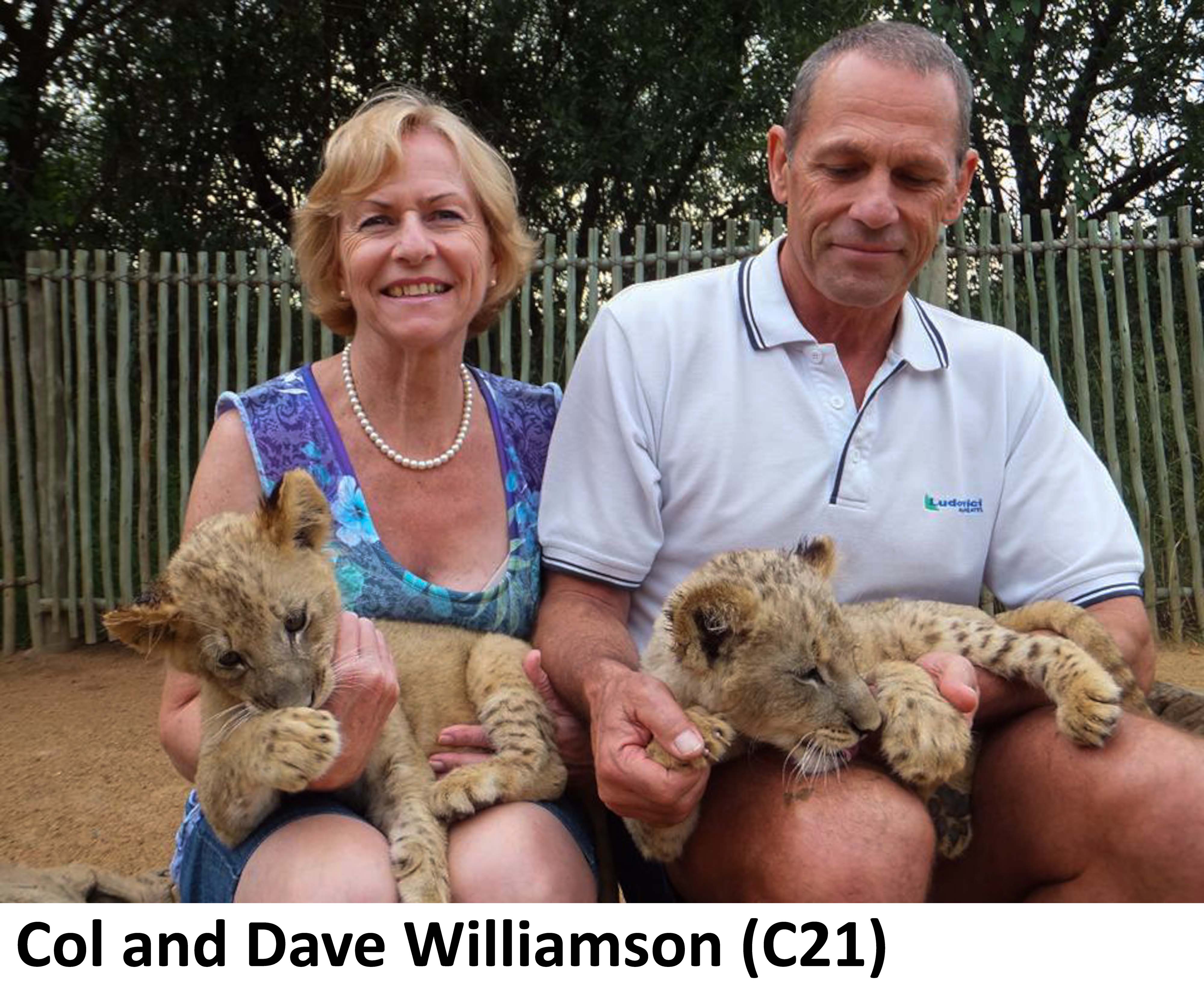 move. After a holiday on the Gold Coast we decided to move to Australia in 2001.  Dave was very happy here. He worked for companies manufacturing for the Water industry - from draughting, production manager through to Quality, H&S & Environmental Manager. He took on a big contract in Darwin for a year on a large LNG project before he retired back in Brisbane. In 2015 Dave was diagnosed with Renal Cell Cancer which later moved into his bones. Dave put up a good fight right to the end. He was a man of integrity, honour, loyalty and decency. A true gentleman, dearly loved by family and many friends.”
Lecturer John Petheram shared these words on Dave and Col “They were extremely close and always did so much together - right to the end.  Both worked incredibly hard at their respective jobs, but enjoyed riding bikes everywhere and some travel since their retirement a few years ago. Their son Neal is still based in New Zealand, but the daughter Karen is close by in Brisbane fortunately.
“Dave was one of the few ex-students from my days at Gwebi from 1971-5 with whom I have kept in touch. He was impressive as a student in the way he looked so practically at everything - always asking 'why is that important’.  He was especially interested in soils, water and engineering. He also kept in touch with Fred Gilling, engineering instructor from Gwebi, He and Col visited Fred and Joan a few years ago in England. Fred says the visit was a real highlight - but the relationship had changed over the years, with David becoming the teacher.
“I suppose my bond with Dave was strengthened after Gwebi by a few call-ups we did together. I wish I had realised how serious Dave’s illness was and had gone to see him in his last years in Brisbane, but he was extremely stoical and despite our email and phone correspondence, would never let on that he was suffering so badly.  We feel deep sympathy for Colleen, Karen and Neal in their great loss.”
Col Williamson and John Petheram, through Colin Lowe