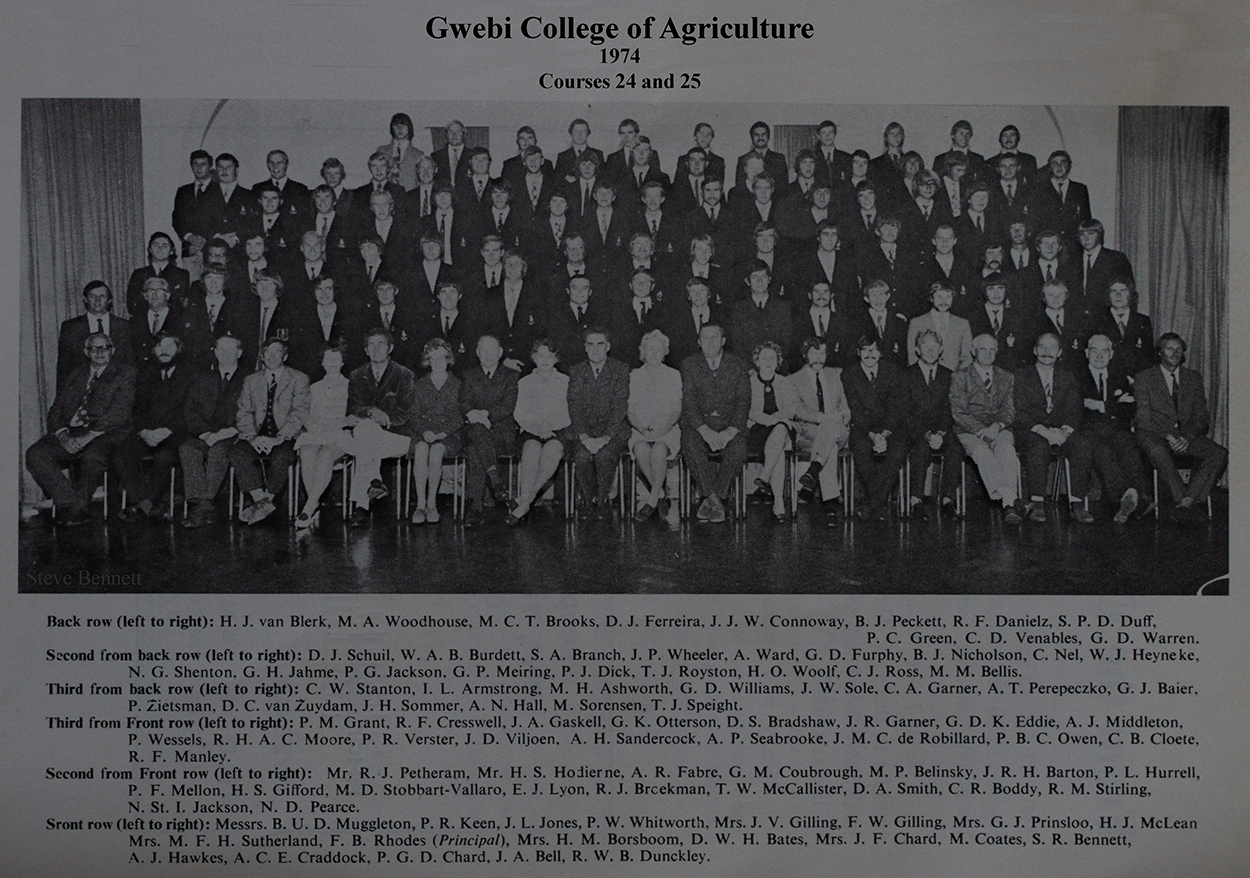 Johan Connoway (Course 24)
After school at Pietersburgse Höerskool, I did National Service and graduated from Gwebi Agricultural College. I then worked as an assistant on farms to gain experience and was then called by the army into continuous call ups.
I was on the family farm from 1977 in Burma Valley below Leopard Rock Hotel in the Vumba. During September 1979, all but 2 huts burned to the ground in the security fenced compound. All their earthly belongings turned to ash and were told if they returned to this farm they would be killed next time. It effectively closed the farm down and all my dreams. I followed my girlfriend to Cape Town in December. The farm was sold in my absence.
The relationship with my girlfriend ended with both going our own way. I hated South Africa but had nothing to return to in Rhodesia. I was seriously messed up having lost my first love, farm and country.
I started as tobacco classifier trainee in Paarl in 1980 but being stuck in a tobacco factory did not work for me as I am an outdoor man.
Today I have a small furniture removal business in the Cape in South Africa. I was going to be a tobacco and maize farmer just like my dad was in Mkushi, but now I have this continuous sadness inside me. So many of us are scattered around the world with wrecked dreams and families and friends all over.

Vale Peter Jackson (Course 24)
Peter Grant Jackson, always known as Jacko, was born in Salisbury, Southern Rhodesia 20th July, 1953. He first lived on a farm out on the Arcturus Road. When his parents moved to Wedza he was 5, Harley was 4, and Alexander - or Jake as he was commonly called - was born six years later in Marandellas. The three boys were home schooled for about two years, then snet off to Digglefold as boarders. They were a formidable gang of mischievous brothers and over the weekends during the term and during the school holidays got up to all sorts of pranks such as smearing the railway tracks with aloe juice to see if they could derail the train and poaching George Palmer’s bantams and roasting them over an open fire in the bush. 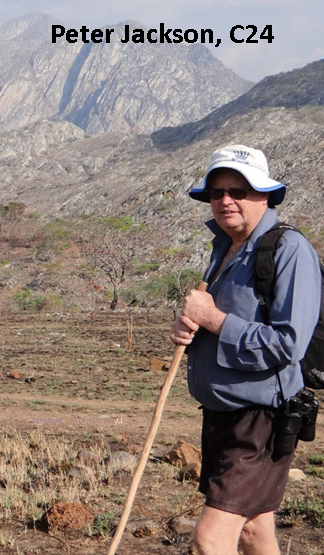 Jacko moved onto Marandellas High School in 1966 and left in 1970. The Jackson gang resorted to their Sunday bush lunches but had upgraded their activities to liberating sheep off Piet Van Tonder’s Rotsvlei Farm which were braaied in the bush. Apparently this was an exclusive meal because you couldn’t just turn up, you had to be invited to the feast!
After doing his O levels and passing with flying colours at Species College, Jacko went onto Gwebi, Course 24, and graduated in 1974 after which he and many of his fellow graduates did their army basic training with Intake 140 down at Llewellin Barracks. He was in 4 Platoon with Steve Bennett who had recently joined the college as a lecturer was also doing his National Service.
In order to pay back his loan for his Gwebi fees, Jacko joined Internal Affairs and he was posted to Bindura, Chiweshe, Rusape and Mushumbi Pools. At the age of twenty-three Jacko returned to Lustleigh as his father had become very ill, so he helped his mother to run the family farm where they grew tobacco, maize and bred Hereford cattle. Jacko and Margie Macdonald married in the late 80's. They produced Rachel and Rory. During the bush war he served in PATU in his home district.
After two or three very unkind seasons, including the awful drought of ’92, Jacko started working for Coopers and moved to Igava in Ruzawi District. Margie sadly passed away on the 25th July, 2009 and by this time Rachel had produced two children, Jake and Sarah, who Jacko absolutely adored and spent many happy hours with them. During his time with Coopers, Jacko had come to know farmers throughout the entire country and had always been generous with his amazing knowledge on ranching and cropping. He stayed with Coopers for the rest of his working life.
Jacko and Kay MacDonald got together in April 2010, spending every moment that they could adventuring in Big Red with camping gear and very often with grandchildren in tow. Jacko knew the Chimanimani National Park like the back of his hand and often visited his favourite place with its valleys and mountains accompanied by family and friends. Jacko and Kay documented many bushmen paintings in the Marandellas area, and passionately grew hundreds of indigenous trees which were given to whoever needed them. Jacko’s knowledge of the fauna and flora of Zimbabwe was extensive and exceptional and in the agricultural field his knowledge of pastures and animal husbandry second to none. It is clear from reading about Jacko’s life that he was a compulsive traveller in his own country both for business and his own pleasure, and for the enjoyment of all his family and friends that joined him.
For several years Jacko undertook an annual Mana trip for Digglefold and Lendy Park Schools, Grade 7 trips, he was the bird teacher ... the kids were very respectful of Mr. Jackson! He also assisted the Outward Bound School in the Chimanimani as an Instructor.
Jacko had recently moved into Borradaile Trust Homes in Marondera where sadly he passed away on Wednesday 3rd of June, 2020 from a heart attack. He is survived by his son Rory and daughter Rachel, his grandchildren Jake and Sarah, and his partner Kay. Jacko was predeceased by his wife Margie and his two younger brothers Harley and Jake.