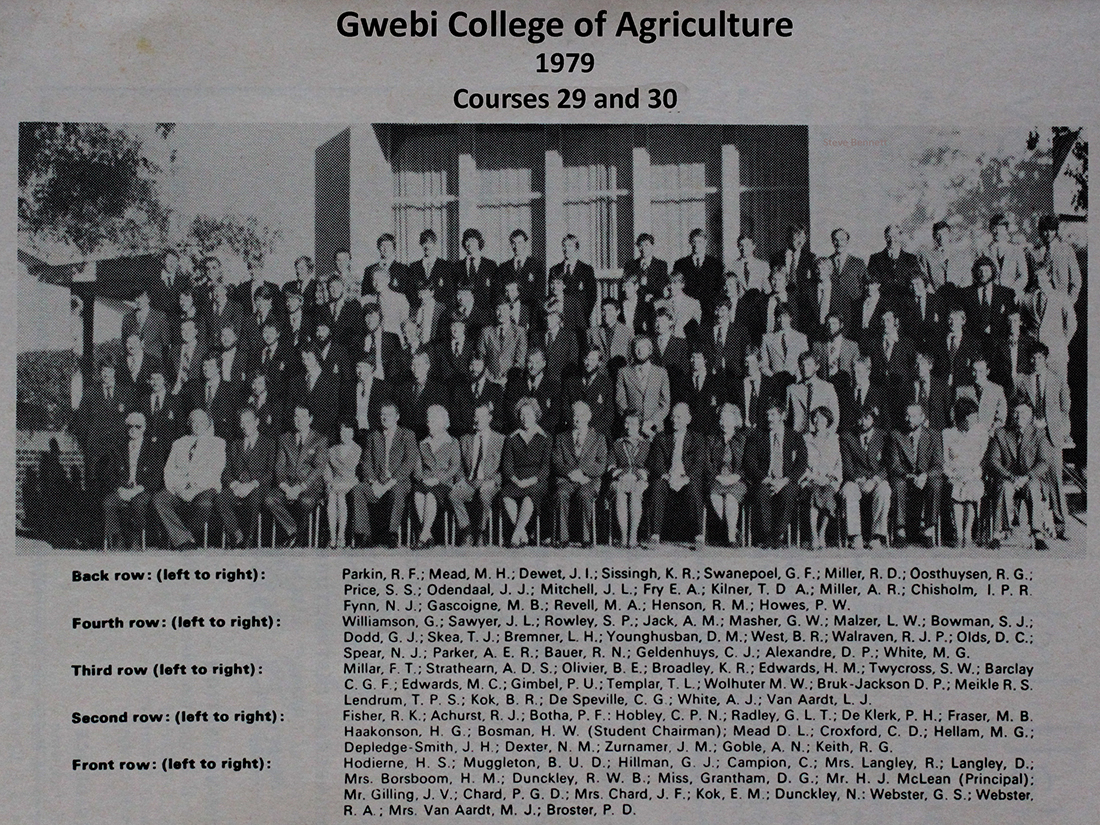 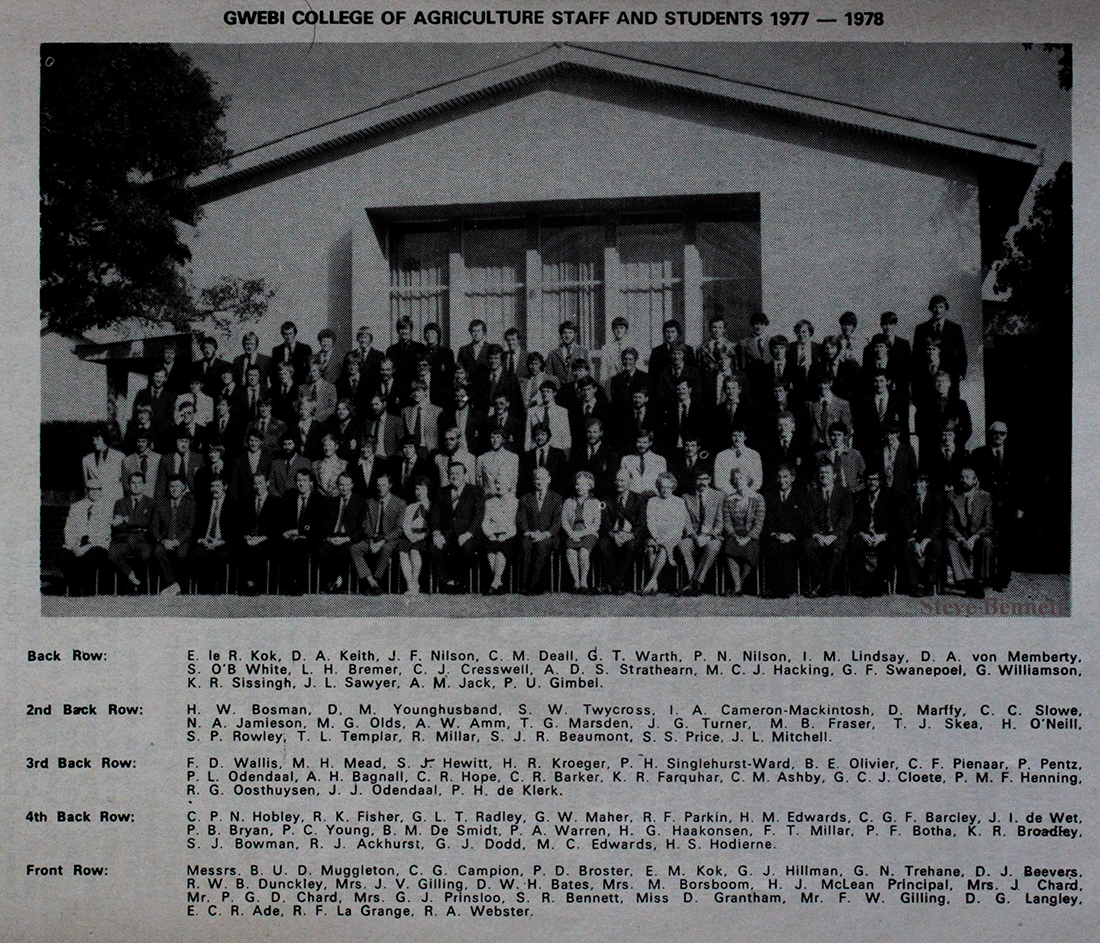 Henry Wood Bosman (Course 29).
Henry completed his schooling at Prince Edward and enrolled at Gwebi with Course 29. He excelled at ploughing and graduated in 1979. He was elected Chair for his second year and was awarded the Lilford Medal for Leadership and Example.
He ran Argyle Park at Matepatepa until 2003 when he moved to Australia. Henry was in Mount Gambier in South Australia producing cherries and lemons on Greengyle Orchards then was mixed farming on Greenbanks Farm. He moved to Cunnamulla in Queensland to be Agricultural Manager for R M Williams Agricultural Holdings in 2010 where he ran a centre pivot for winter and summer cropping with cattle and sheep. He was General Manager of Inglewood Farms then Inglewood Poultry Farm until 2014.
Henry is Farm Manager/Consultant of KEPCO Bylong Australia in NSW.
LinkedIn

Petrus Frans Botha (Course 29).
Pete was Farm Manager for ten years in Zimbabwe involved with tobacco, maize and beef then with irigated tobacco, wheat, cotton, beef, sheep and broiler production in South Africa.
From 1994 he was a forest contractor for SAPPI Forests, MONDI Forests and HL&H. He was Division Manager at Nyanga Pine for the Wattle Company back in Zimbabwe for a year.
Pete headed to Indonesia working with pulpwood harvesting, wood supply and wood prcessing management roles with Riau Andalun Pulp & Paper from 1996. Two years were spent consulting in Jakarta then working on special projects for Asia Pulp & Paper. Pete was Country Manager for JCB from 2007 and stayed in Central Jakarta to become principal consultant for URS. He was appointed Director Estates with SIPEF Group in Sumatera.
in 2013 he moved to Australia as a Business Development Executive in Toowoomba then spent seven years as oil palm and agricultural consultant with FAC Consulting (Singapore) in Indonesia, Malaysia and Singapore.
Since May 2017, Pete has been Regional Manager with Auscarbon based in Morawa in Western Australia. Auscarbon is commited to carbon removal by planting biodiverse forest "carbon sinks".
LinkedIn.

Martin Hilary Mead (Course 29).
Martin completed a Certificate in Agriculture in Cotton Production at the University of New England in 2004. He was Farm Manager of Latoka and Longmeadows Farms in Bourke, NSW for Clyde Agriculture for four years. During this time, he graduated with a B Bus (Ag Man) from Marcus Oldham College.
For two years Martin was Farming Manager in Oakey, Queensland, with Acland Pastoral Company.
Since 2010 he has been with Auscott Limited in the Namoi Valley, New South Wales. He started as a Farm Manager, then was promoted to Assistant General Manager in 2013 and to General Manager of Namoi Valley Operations in 2015.
LinkedIn.