Vale Strath Brown (Course 7)
James Strathearn Brown, known as “Strath”, was born in Salisbury in 1937, the third eldest of seven children from Jim and Molly Brown. Strath’s father, although a farmer by upbringing and training, had volunteered to fill in as the temporary General Manager of the Farmers’ Co-op, a job that transformed into a thirty year permanent position and which he held with considerable success and it is why the family moved into town from their farm in Sinoia and lived on The Ridge in Avondale. 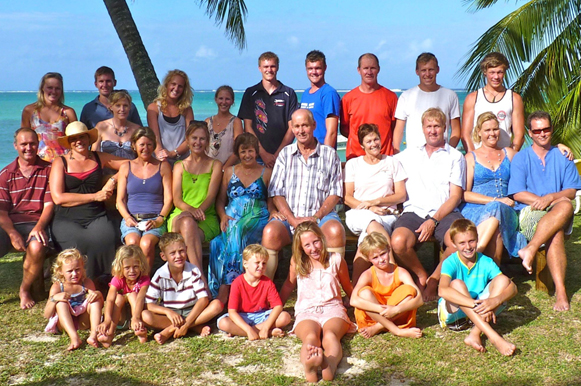 Strath attended Avondale Primary School in Salisbury and then Prince Edward School for his secondary education.
Having applied and been accepted to attend Gwebi Agricultural College with Course 7 Strath did his pre-College practical with Archie Black, the well-known Hereford breeder, on Mgutu and Maryvale Farms in Mazoe.
Strath excelled at Gwebi graduating in 1957 with a First Class Diploma and Distinctions in Engineering and Practical and picking up the Lilford Medal for Leadership and Example, the Stewarts And Lloyds Prize for Practical Engineering and the Johnson Prize for the Engineering Essay. Due to his leadership qualities Strath was elected Student Chairman by his peers in his final year at the College. For many years after graduating Strath was invited to return to the College to address the students and share his farming experiences with them. This commitment to the College culminated in Strath being appointed to the Gwebi College Advisory Council.
Strath then returned to work for Archie Black for a season after graduating before setting off with his Gwebi friend Mike Edgar to backpack for three years around Australia and New Zealand. He counted 36 different jobs in three years including milking cows, shearing sheep, cutting cane, stomping grapes, wood cutting and finding the time between all of these jobs to take his Private Pilot’s Licence and finally become a flying instructor in New Zealand.
During this time, in 1961, he met and married Beryl Bond in Rotorua in New Zealand who was an Australian mid-wife working there and it looked as though Strath might settle down in either Australia or New Zealand. However, after his son Andrew was born, the pull of his home country was too strong and the family headed back to Rhodesia.
Strath returned with no money and no employment arranged but soon secured a job with Wally Hustler growing Tobacco on Squatodzi Farm in Trelawney. Here the family stayed from 1962 and left in 1969 but not before Strath and Wally had jointly won the Rothman’s Tobacco Grower of the Year for their work on revolutionising the handling and curing of the tobacco crop with their design of the Hustler-Brown curing tunnel. 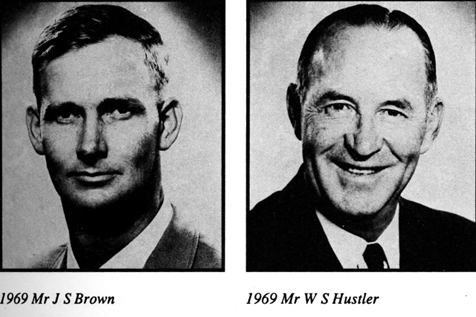 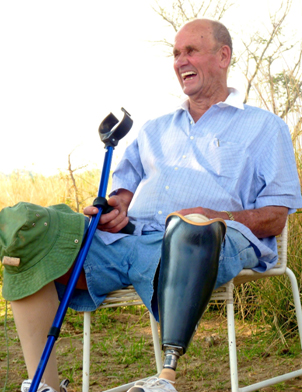 Due to his down-to-earth and successful approach to business Strath was invited to join the Board of many agro-industrial companies in Zimbabwe. One such company was Interfresh, one of the largest suppliers of fruit and vegetables in the country. Under his Chairmanship, Strath negotiated the purchase of Mazoe Citrus Estates from Anglo American and this acquisition proved to be very profitable for Interfresh.
Strath had long learnt to delegate authority to the managers of his numerous business interests which freed him up to travel locally and internationally, either for work or pleasure. He was often asked to speak at field days, farmers’ meetings and agricultural workshops and also undertook a tobacco handling and curing consultation to the Philippines. On the recreational side he visited the Antarctica and Indonesia. One of the hobbies that Strath enjoyed and took to like a duck to water, literally, was scuba diving, graduating from the Oriel Girls’ swimming pool, to the submerged Ethel Mine and then to the Chinhoyi Caves. It wasn’t long before Strath, now PADI qualified, was diving in the sea off Mozambique, Mauritius and the Red Sea. Other interests Strath developed over the years were bee keeping, playing bridge and cycling which he took to with his usual enthusiasm in his mid-sixties and completed three Cape Argus Cycle Races.
Strath had been plagued by varicose veins in his legs for most of his adult life which often turned into varicose ulcers causing him to wear pressure bandages but in spite of many visits to specialists in South Africa these ulcers refused to heal and often caused severe infections particularly in his left leg resulting in a loss of strength and health. Tired of continuous medication of antibiotics that didn’t seem to work Strath made the decision himself to have his leg amputated just below the knee at a hospital in Cape Town. He had no regrets and claimed that his life, both mentally and physically, improved immeasurably after the operation.
Strath, married to Beryl for thirty-seven years, had five children – Andrew, Jim, Keith, Laura and Marion all of whom made their parents very proud as they have all made their mark in their particular field of interests and expertise. Sadly Beryl passed away from Cancer in 1998. Strath, several years later, married Dawn Beirowski to whom he was married for fourteen years until he too passed away on 28th March, 2014.
Extract from his book “Strath – A Biography” with kind permission from his family.

A F S Millar (Course 7).
Was Branch Manager for Dulys in Sinoia.

Vale Terry Searson (Course 7).
Terence James Searson began life on Bath Farm in Wedza before the family moved to ‘Garway’ in Borrowdale to join his grandparents. Terry attended Highlands Junior School and was a foundation pupil at Churchill High School. He attended Gwebi Agricultural College from 1955 to 1957 followed immediately by his National Service out of Llewellin Barracks, Bulawayo.
Terry met Fortune whilst at Gwebi and they were married in 1959. Terry and Fortune had four children: Tim, Robin, Simon and Juliet with Tim and Simon joining their father on the land later in their lives. Terry began his farming career on a dairy farm called Glen Nora (now the Township on the outskirts of Harare) before moving to Karoi to work for Lionel Jacobson growing tobacco. The move to the Beatrice / Harare South area in 1962, firstly to work for Count Lazanski on Canterbury farm, followed by a managerial position on New Retreat farm (Shore Hall Pvt Ltd), and then to Whitham working for Mark Chester, proved successful as Terry went on to buy Beatrice Central farm in the early 1970’s.
Terry was a varied and successful farmer, trying his hand at many ventures before settling for winter wheat, soya beans and maize which led to being able to purchase New Retreat farm in 1982, thereby gaining the water rights on both sides of a stretch on the Mupfure River. The extensive irrigation systems implemented by Terry on both farms, including a large off river water-storage dam, lead to highly successful cropping yields and national recognition for winter wheat production.
Terry contributed extensively to the community during the civil war, as well as during the land invasion debacle, establishing himself as a natural and respected leader. He could be relied upon to keep a level head in moments of extreme stress and was a man of great integrity.
Terry and Fortune lost the farms during the land acquisition programme and moved to Harare in 2002, settling in Highlands. Terry secured work at the Celebration Centre on the Borrowdale road as the Maintenance Manager, which kept the wolf from the door.
Terry and Fortune immigrated to Australia in February 2015 to be closer to their children, despite their sadness at leaving Zimbabwe. They successfully settled in Werribee, Victoria where he passed away in December 2017 aged 80.
Colin Lowe from CFU