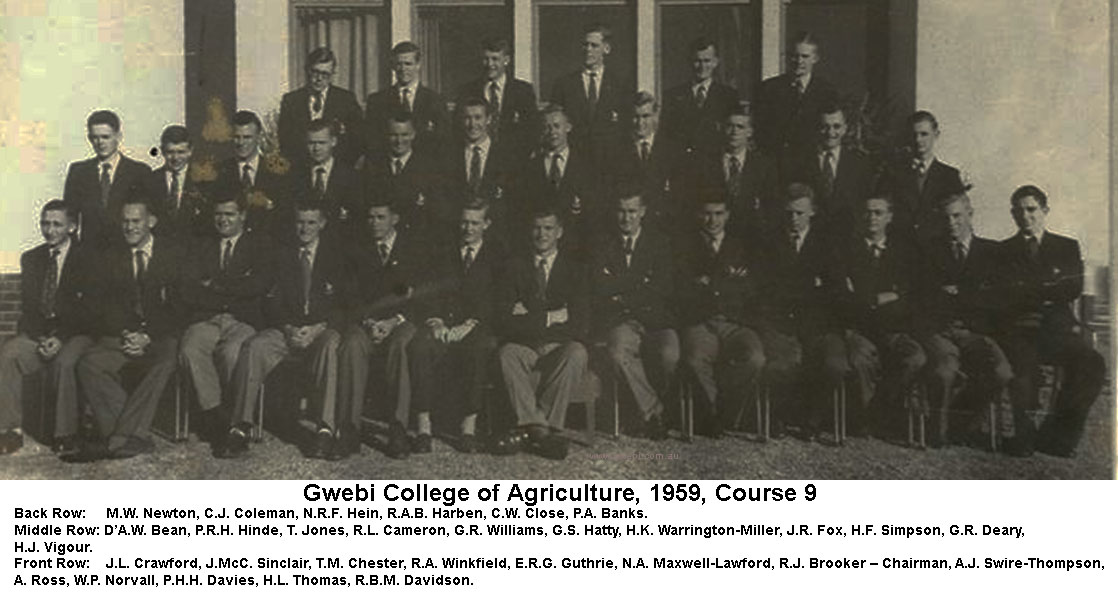 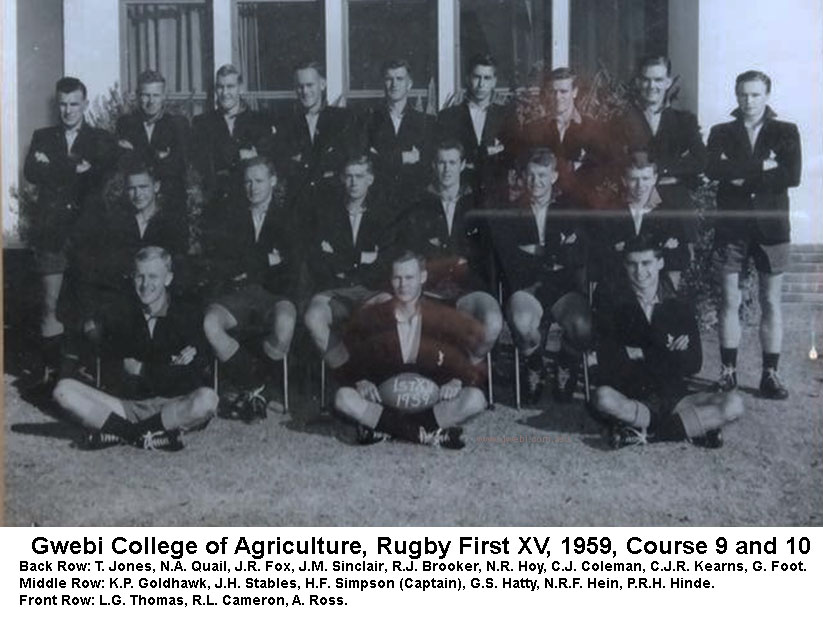 Richard Brooker (Course 9).
"Richard was born in Grahamstown and went to school at St Andrew’s, Grahamstown and only came up to Rhodesia when his Dad came to teach at Falcon College when Falcon first opened.  His folks then returned to Grahamstown and he and his two brothers chose to stay here in Zimbabwe.
We got married in 1969 when he was in partnership with Simon Dakin on Brookfield Farm, Victory Block and then, later on, purchased our own farm, Brandon Farm, also in Victory Block in 1971. Richard was primarily a tobacco farmer, district 3, but also grew seed maize, paprika, cattle, sheep and wild life. He was one of the top growers in our district and assisted many of our neighbours.
He was very involved in many committees – Water Board, District Council, Seed Co Op, Farm Community Trust, Farm Families Trust and was the Chief Hail Inspector in our area.  He was on the ICA, Agriculture Labour Bureau, NEC, Area Coordinating Committee, Farmers in Touch, ARAC (CFU)   He played cricket for Mashonaland Country districts for a number of years, before concentrating on his farming.
The farm was eventually taken over by the War Vets and we moved to Harare in 2001.
Richard passed away in August 2015.
We have two daughters, Nikki and Sally.  Nikki lives in Perth Australia and Sally in The Cayman Islands".
Gail Brooker 2015.

Vale P. Ross H. Hinde (Course 9)
Ross Hinde excelled at Gwebi as Best All-Round Student in First Year and as Runner-Up in Second Year.
He went farming at Saffron Walden and married Liz. He was a passionate farmer and great community man. Above all, his family came first. He was well known in rugby circles as a top referee in Harare. They were violently expelled from their farm early in the so called land reform programme.
They eventually settled in the Cape and were a popular couple at Somerset College where Lizzie was the school nurse and Ross worked on the grounds. He was always cheerful and battled heart disease for many years but passed away on 13th March 2019 in Gordon's Bay. He is survived by Lizzie and two daughters and a son and their families.
Tributes from Jim Sinclair (also Course 9) and Andrew Pascoe, President, CFU. 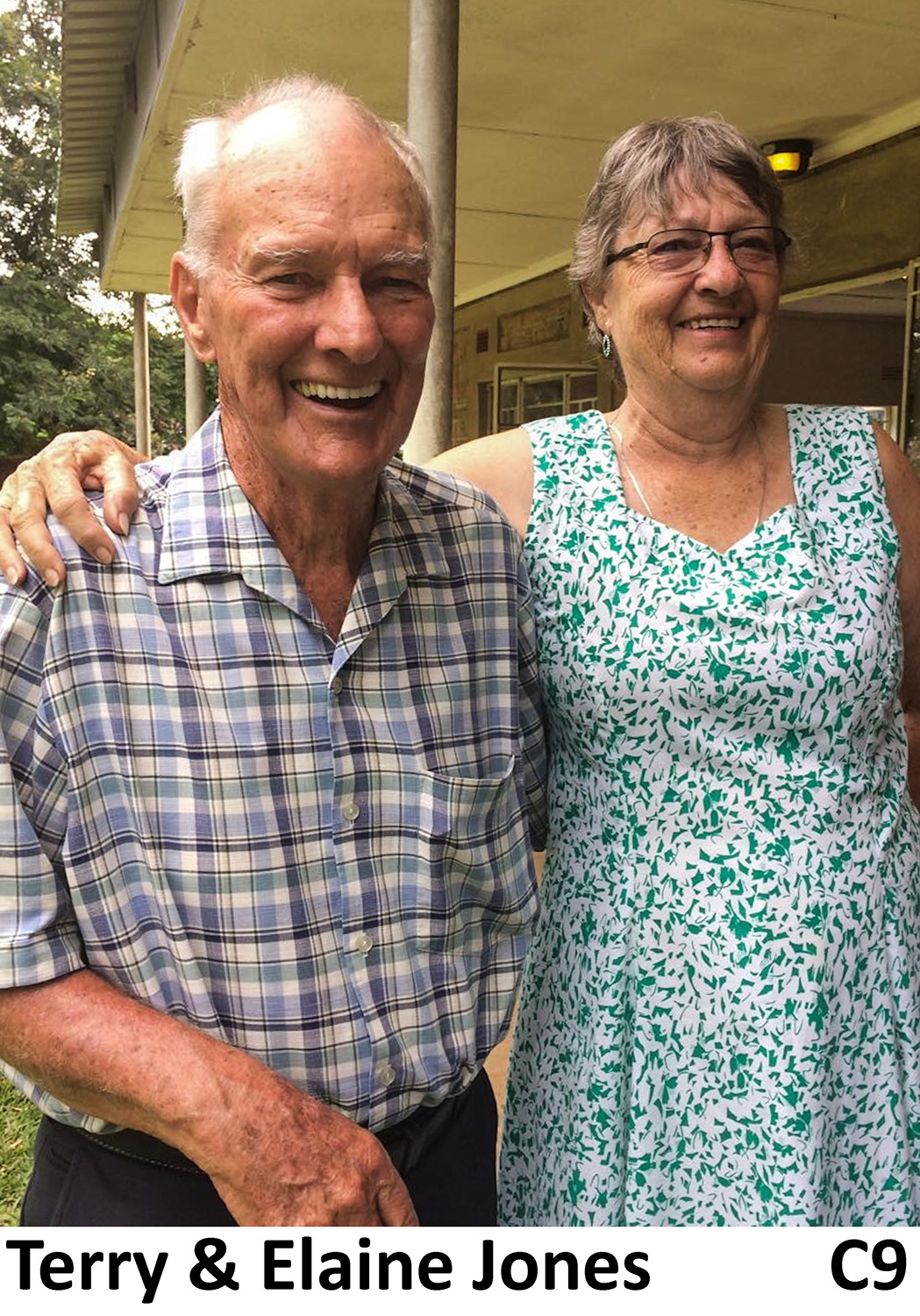 Jim Sinclair (Course 9)
James McLure Sinclair was born in Cape Town where his mother had travelled down from the family farm in Melsetter. He was the eldest of four children and was raised along with them back again on Albany farm. He attended Melsetter Junior school before completing his education at Bishops College in Cape Town. He worked on a forestry estate before attending Gwebi Course 9. Jim relates his time at Gwebi: “So began two very happy years in Course 9 at the Gwebi College of Agriculture. I found myself in a room with Robin Harben and so was to begin another lifelong friendship although living in a room with somebody like Robin had its ups and downs, as did our friendship.
“My parents at this stage of their farming career had very little money and so it was decided that I would be given an allowance of £5 a month. This was perfectly adequate as I remember beer was only 1 shilling and a pack of 50 cigarettes cost about the same. You could go to the movies for 4/9d and have spaghetti bolognese for 3/6d. Fast food joints were unknown but the closest would have been the drive in restaurants and The Blue Gardenia at Greencroft on the site of the present Mike Harris Motors and the Yellow Orchid on the Gatooma road were spots of choice for Gwebi students of the day. If we were headed out to Highlands Park for a dancing date with one of the lovely girls who lived out in the posher suburbs then the Gremlin was a good spot. 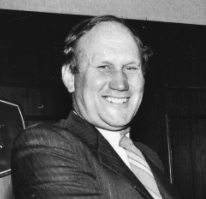 Vale Anthony Swire Thompson (Course 9)
Past President of CFU, Ant Swire Thompson, passed away aged 80 in Harare on 27th February 2019 following a long illness.
Anthony John Swire Thompson was educated at St John’s College South Africa and came to Gwebi in 1957 enrolling with Course 9. He immediately showed leadership potential and was elected to the Student Council. He played first team cricket for the College and his wicket haul as a bowler is fondly remembered.
After Gwebi, Ant, Robin Harben and Jim Sinclair took advantage of cheap flights to London in 1960 via the Overseas Visitors Club. Ant then worked his way to Canada and on a Canadian Dairy Farm before returning to Zimbabwe and getting a job with George Stanger in Centenary.
Here he met Ian Stewart and the two of them started Inyanga Downs Orchards. By then he had married Deirdre and their first home on Inyanga was a caravan with little or no protection from the cold and braved the cold with two small boys in true pioneering spirit. They proceeded to build a most beautiful home using local stone and the farm was rapidly developed into one of the leading fruit and flower operations in the country. They were in a very vulnerable area during the bush war but stuck it out and when peace came the development continued until Inyanga Downs Orchards became the leading apple producer in the Country with innovative methods of apple production from orchard to market and the export potential was soon being realised.
Ant soon became involved in other activities and was a founder member of the Fruit and Vegetable Co-op and served on that board. He also served on the ALB and became Chairman. He also served as a member of the Coffee Committee of the AMA. Eventually he became the Vice President of the CFU and followed Alan Burl to the Presidency of the CFU from 1992 to 1994.
His is a great story of service to his fellow farmers as well as being a successful farmer himself. Although considered a quiet man he held considerable respect throughout the agricultural industry and with government. He had deep concern and great affection for all his fellow farmers and was extremely community minded freely passing on his many years of experience to the new generation of farmers and his neighbours.
He was forced off his farm in 2010. That was not the end of his public service though. He saw a need for farmers who had been forced off the land and in need of financial assistance so he initiated the Farm Families Trust and chaired that organisation for many years. So many in need of medical treatment were assisted following financial hardship after the loss of their homes and businesses to land reform.
His beloved wife Dee died at the end of 2010 and she was an enormous loss to the family and Anthony.
Ant had lived in retirement in Dandaro in Harare.
Contributions and tributes from Andrew Pascoe, President of CFU; Jim Sinclair, past President of CFU; and Graham and Judy Hatty.

Richard Winkfield (Course 9)
Richard attended Churchill School from 1950-54 and enrolled with Course 9 at Gwebi College in 1957. He was awarded the Farmers Co-op Prize for Progress in his First Year and 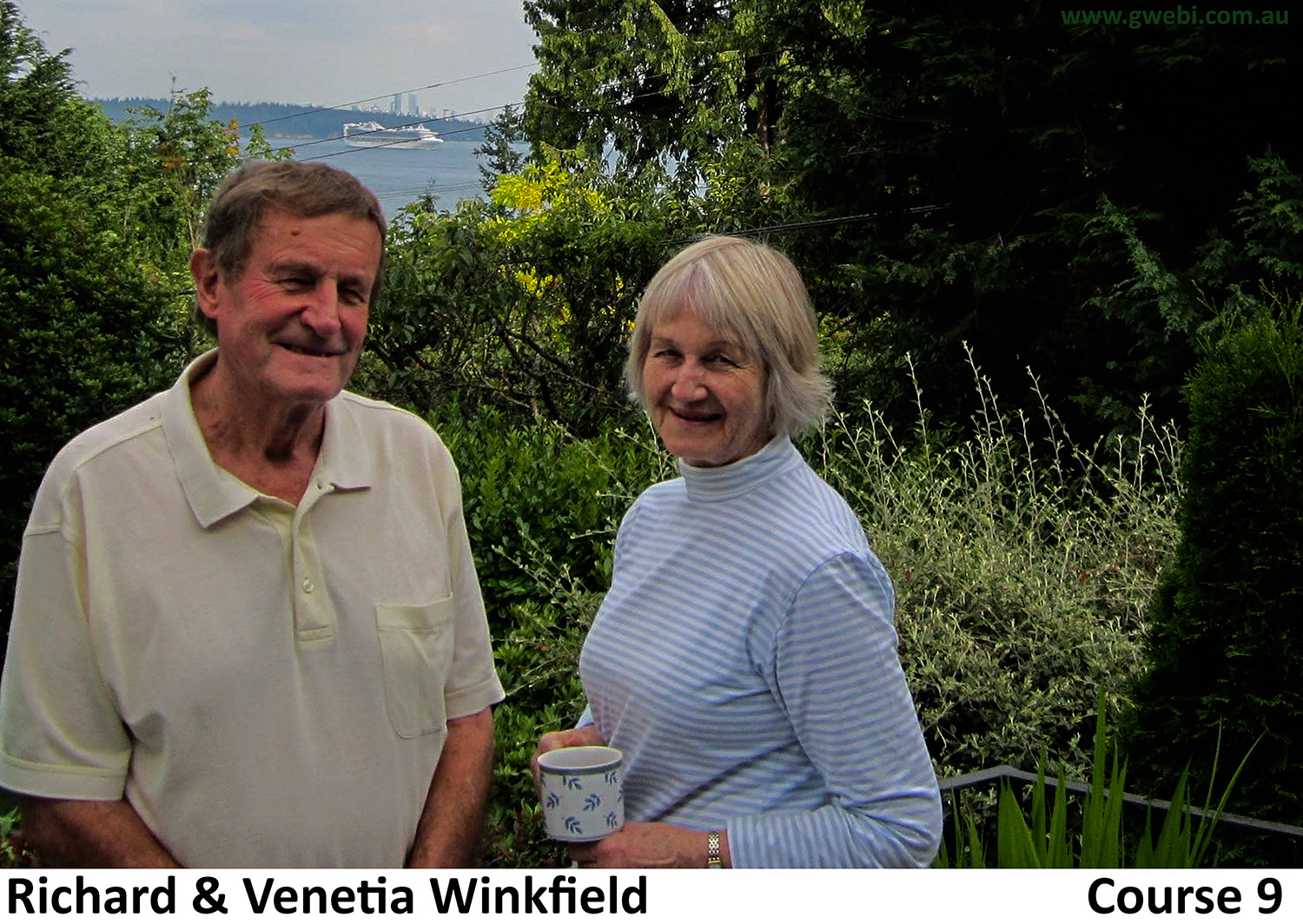 graduated in 1959. He was in the Stock Section at Gwebi and worked for Conex, Ministry of Agriculture for twenty years and was at Mayo before moving to Salisbury and was associated with the college over much of the time. Richard completed his BA (Ed) at the University of Rhodesia/Zimbabwe in 1982. Richard was Chairman of the Grasslands Society of Zimbabwe. He was probably best known for the years spent developing and managing ART Farm as Director from 1985, which is still in operation today. He also featured in the Farmer Magazine with his popular - often humorous - Bottom Line contribution every week, which many turned to read first before reading the rest of the magazine. A book titled "The Bottom Line" was published and is enjoyed by those who leaf through cherished old days again. Richard was also a Trustee of the CFU for a number of years and his services in keeping the Union on track were greatly appreciated. He always kept a keen eye on the Union, even after he left and continued to give useful and wise advice. Richard was Chair of Blackfordby. He went on his own as a consultant after having his home and land taken in Mazoe.
After moving to New Zealand he retired in 2013 in Gisborne & Hawkes Bay. He passed away on 6th February 2017 after a short battle with pancreatic cancer leaving Venetia, and his family - daughter Louise and Bruce Stobart, and son Nicholas and Alison Winkfield and grandchildren.
In memory and recognition of the immense contribution made to Zimbabwean Agriculture by Richard, the Agricultural Research Trust is renaming the Agricultural Training and Development Centre as The Winkfield Auditorium at a ceremony to be held at A.R.T. Farm on 15th June 2017. Richard and Venetia's daughter, Louise, and her family will be in attendance.
John Petheram, Colin Lowe, Bob Dunckley, ART, and Peter Steyl/CFU President