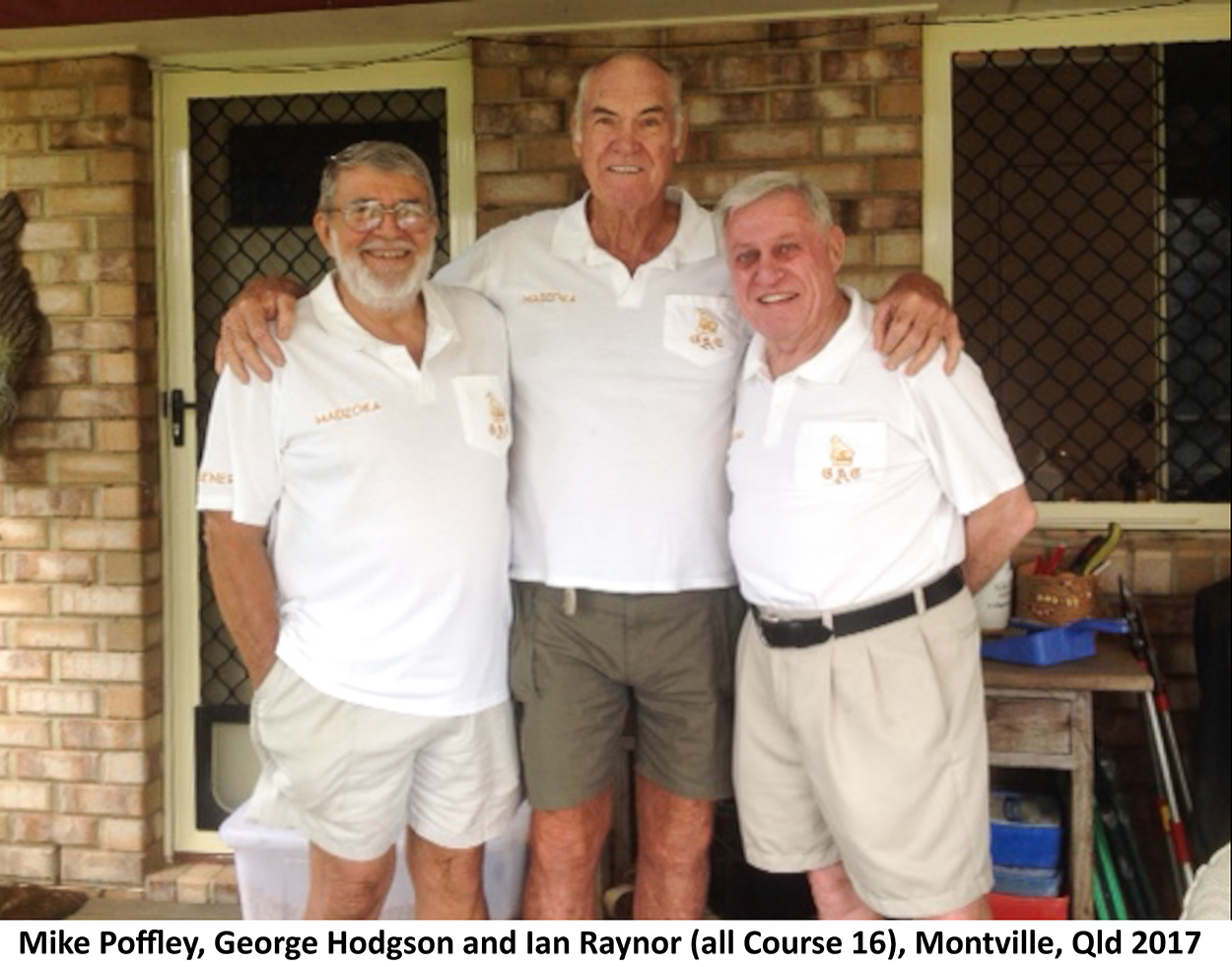 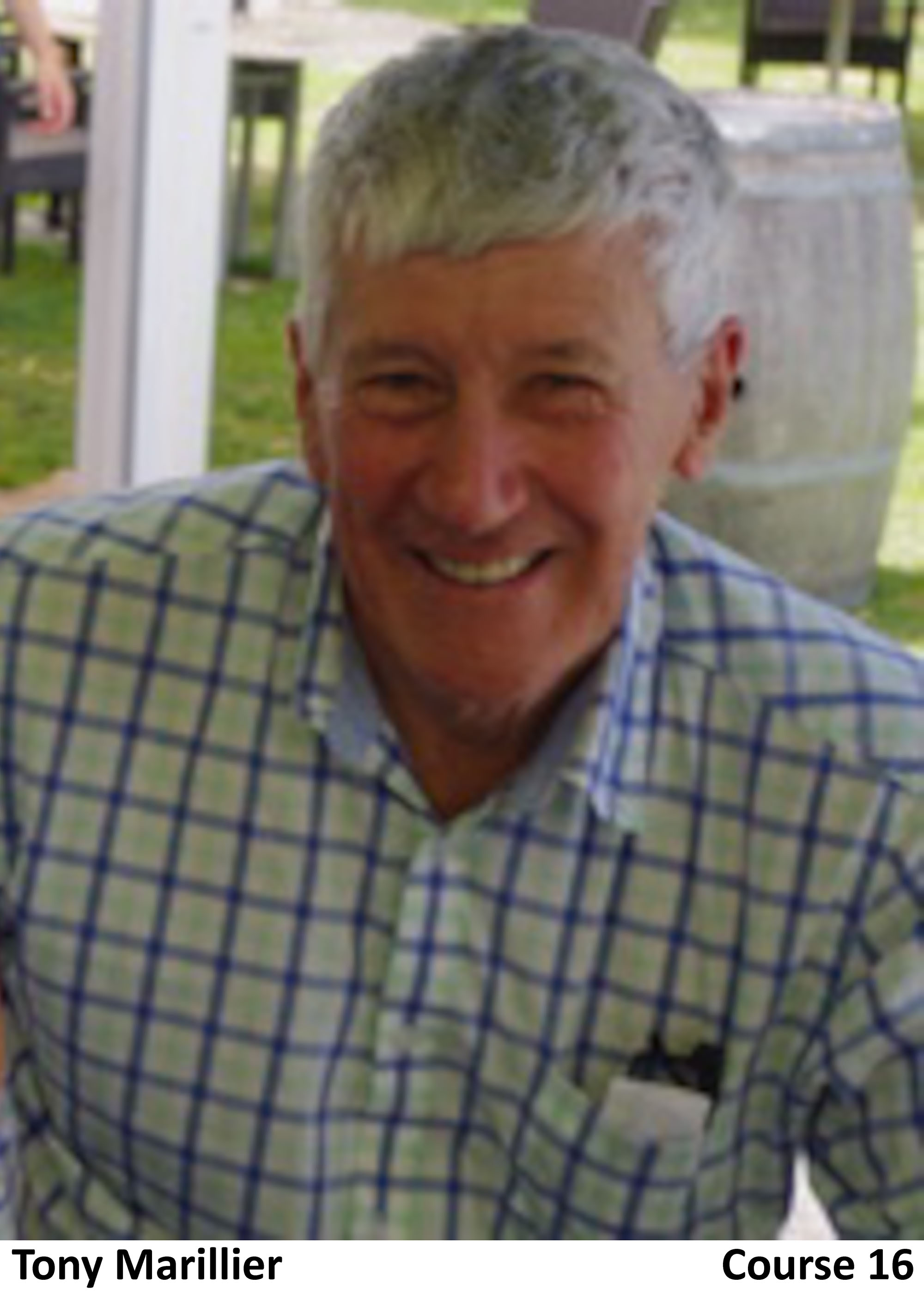 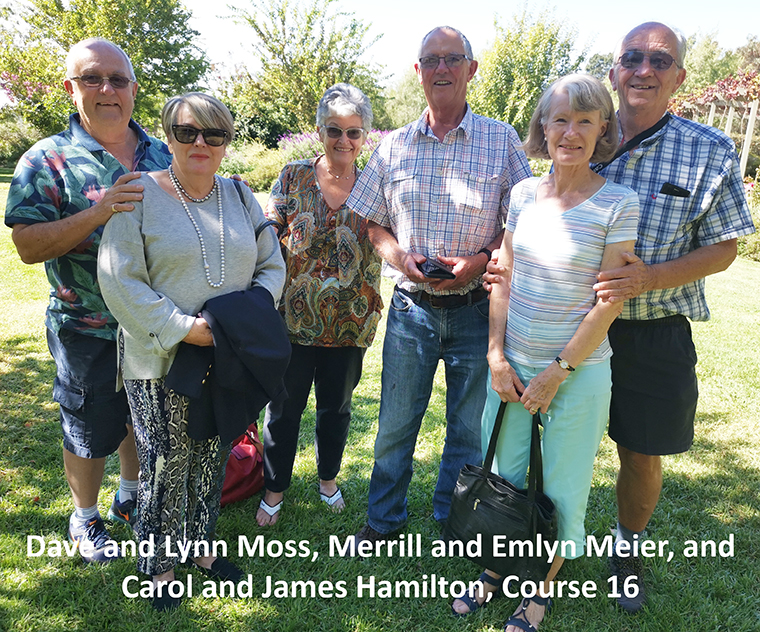 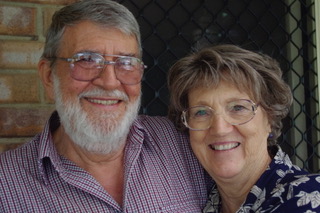 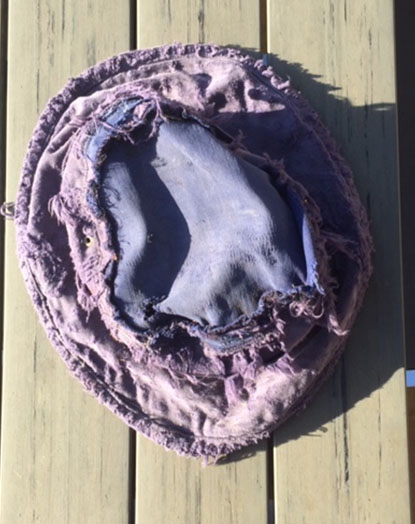 'One evening with the PM during Initiation' by Chris Brook
In our first year initiation trial 'A' Group were given the task of getting the signatures of firstly, the guy who read the news on TV that night and then the really hard one, Mr Clifford DuPont who I think was the deputy Prime Minister and 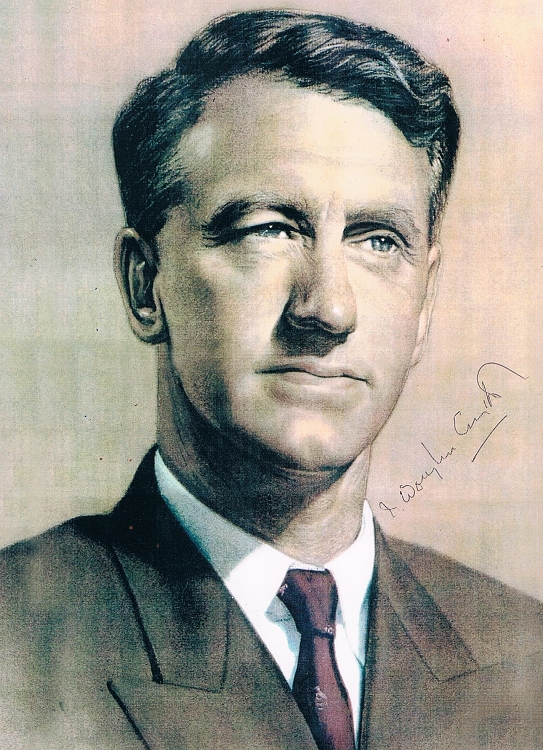 had just that very day defeated Sir Roy Welensky in a bye election, thereby ending Sir Roy's political career.
Rob and I volunteered for the job, but we had no transport. Neil (Bathurst) wasn't keen of going on this rather daunting task but he had a motorbike, I think it was something like a 100cc Honda and he very kindly lent it to us and off we went to town. First stop, the MOTHS Club where Rob’s father was a member and they had a very nice snooker table. After getting some Dutch courage going and discussing strategy we were off to the TV station and after a lot of sitting around and waiting, we got the signature but to our dismay no-one there knew where DuPont lived, someone suggested Featherstone?
So while we were topping up with some more Dutch courage and were coming to a blank wall, we suddenly came up with a brilliant idea. There is one person who definitely knows where DuPont lives and we definitely know where he lives and that's the Prime Minister. So off to the PM (just like that) but the guard on the gate couldn't help us so he phoned the man himself and to our surprise told the guard to send us in. Janet opened the door and with a big smile invited us in and the PM was waiting there with a smile, a handshake and a nice cold beer. Now at this time I was starting to get a 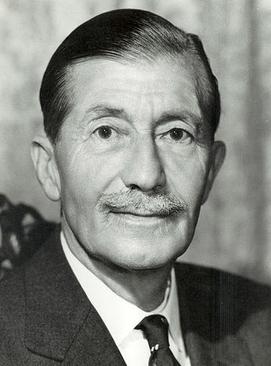 little worried that maybe we had over-done things a bit, we hadn't come to get his signature, we only wanted directions and this is the Prime Minister, not an information bureau. But he seemed happy to see us and invited us to sit down and told us of his initiation at Rhodes here in Grahamstown. They made them all walk down the main street with one foot on the pavement and one in the gutter (I couldn't help feeling that that was pretty mild to the crap we were getting at Gwebi). We finished our beers and he phoned DuPont and off we went after being shown the directions. By now it was getting a bit late, around about ten, and when he opened the door he was wearing a dressing gown and so was his rather young wife (number 3, maybe they had been celebrating!) but no problem, they invited us in, sat us down and more beer and talked about the election. I think he was quite proud of giving Sir Roy a hiding, after all he was only half Sir Roy's size. He said that he was rather tired and after giving us a signed photo each, off we went.
Question; where in the world, today, when you want directions can you go and ask the Prime Minister, be invited in and given a beer?
Getting back to Gwebi was quite a problem as by now we were well oiled! I can remember going round a round-a-bout twice before I found the right road.
As related to Colin Lowe, 2015.

Rob Smart eviction and reversal in 2017.
Rob Smart, the 71-year-old farmer from the eastern district of Rusape, who had been kicked off his property at gunpoint in June 2017 has been told in December that he will be going home within days - the 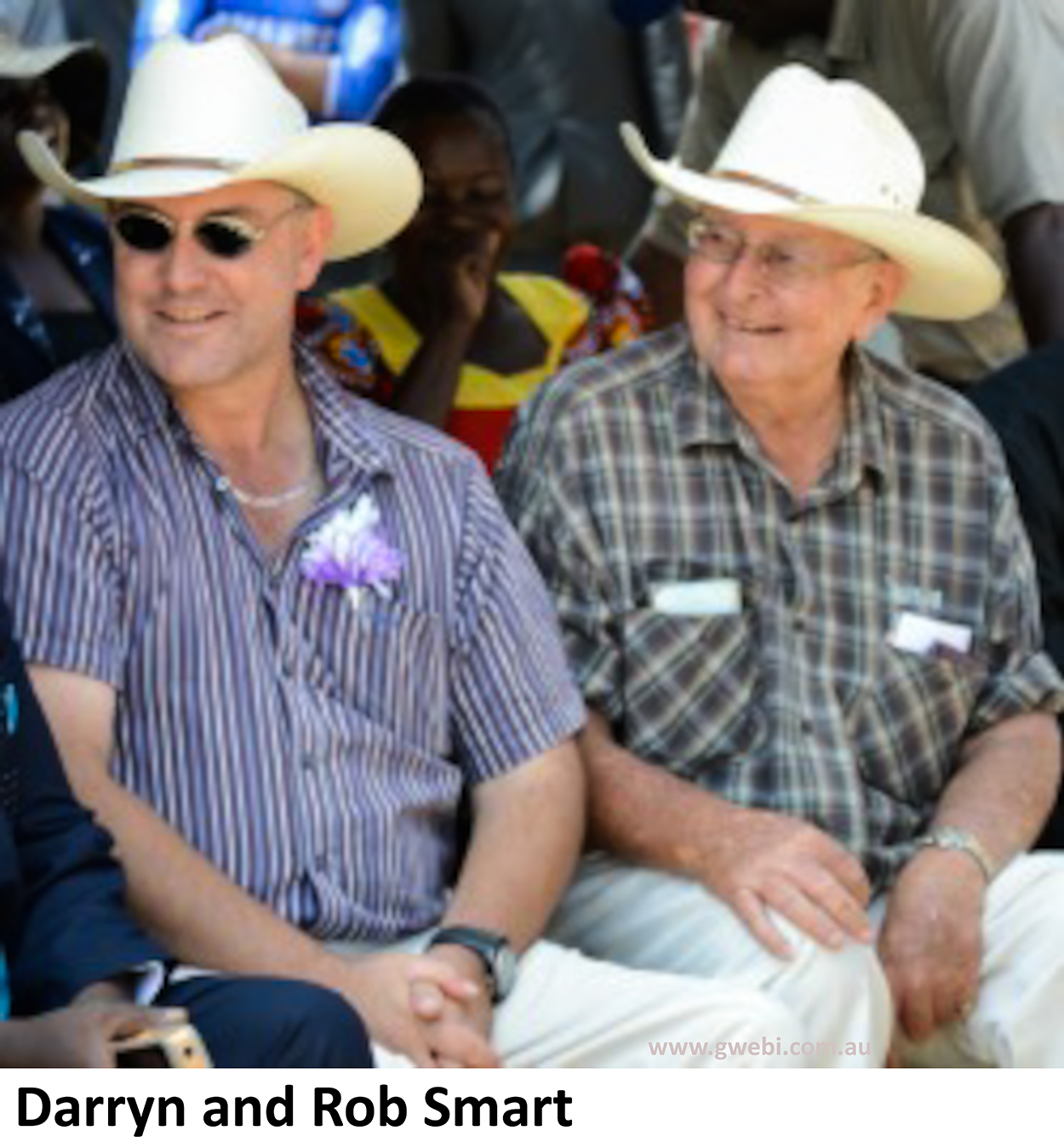 first signs of the post-Robert Mugabe government making good on promises to respect agricultural property rights. Rob said he understood his case had been taken up by new President Emmerson Mnangagwa, who heard of Rob's violent eviction while at an investment conference in Johannesburg.
"Apparently Mnangagwa saw that and flipped his lid," he said. New provincial minister of state Monica Mutsvangwa had assured him that the eviction would be reversed.
Rob and his family, including two small grandchildren, were kicked off Lesbury Farm along with scores of workers in early June by riot police armed with tear gas and AK-47 assault rifles.
"They came with guns and riot gear and tear gas - it wasn't just us, it was all our workers as well, the 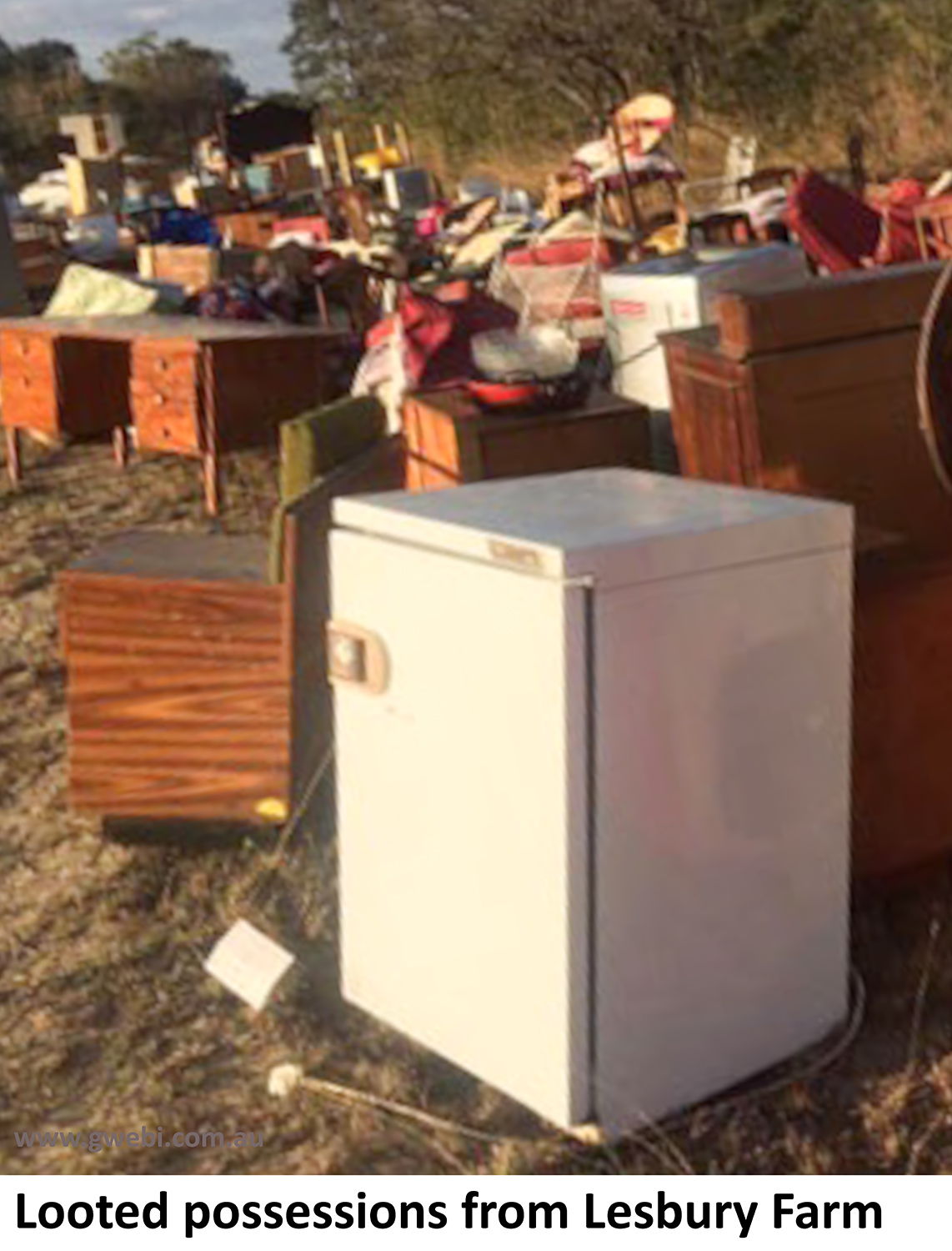 whole compound," Smart said. In all, the eviction would have hit the livelihood of as many as 5,000 people.
The land grab and looting of property took place shortly after Mugabe told his supporters at a rally that all remaining white commercial farmers should be kicked off their properties to make way for the ruling Zanu-PF party's youth and his supporters who had no land. However the beneficiary from this eviction appeared to be top cleric, Trevor Manhanga.
In the latter half of Mugabe’s 37 years in power, Zimbabwe's economy collapsed, especially after the violent and chaotic seizure of thousands of white-owned commercial farms under the banner of post-colonial land reform. He resigned in November 2017 in the wake of a de facto military coup, paving the way for Mnangagwa, who had been purged as his deputy only a week before, to take over as leader. Rob and his son Darryn were called to Mutare for the new Governor’s welcoming rally where they were received like VIPS. The Governor and her husband both referred to Lesbury Farm and the issues that had been caused by the G40 (which included Bishop Manhanga}. Rob also had to make a speech.
Rob is working with the local authorities in Rusare who are under orders to track down looted and stolen property to allow him and his staff to bring the farm back to production.
After some delays, Rob is back on the farm and has planted a crop of potatoes.
Colin Lowe and social media reports.