Peter Green (Course 25)
Peter did National Service in BSAP from July 1975 with a crowd from Gwebi. He enjoyed the force so attested early in 1976. He served through to July 1978 in Essexvale, Nkai, Bulawayo CID/SB and finally West Comm.
Peter went farming for ten years on the Natal North Coast then established his own Boarding Kennels and Cattery in Pietermaritzburg. 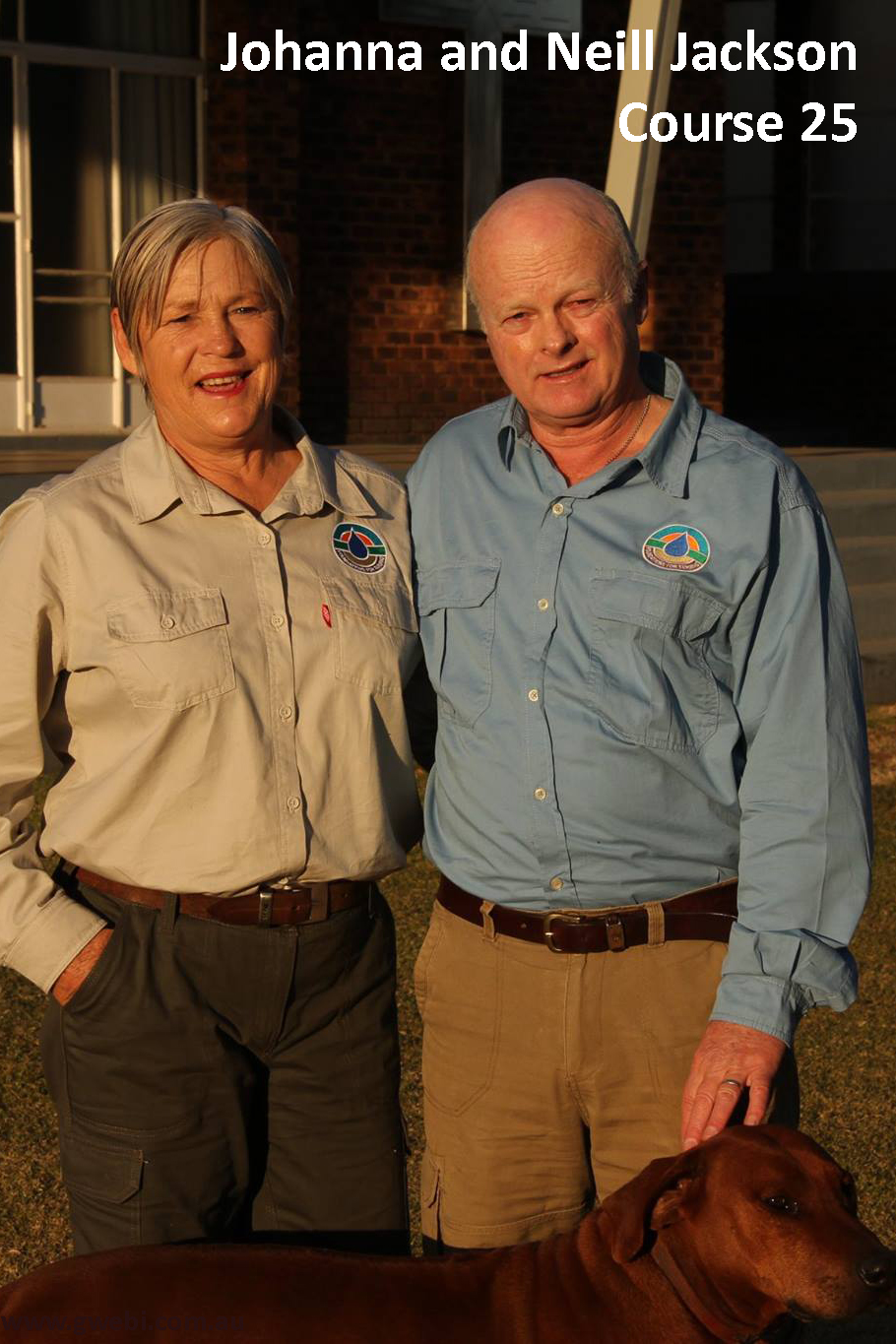 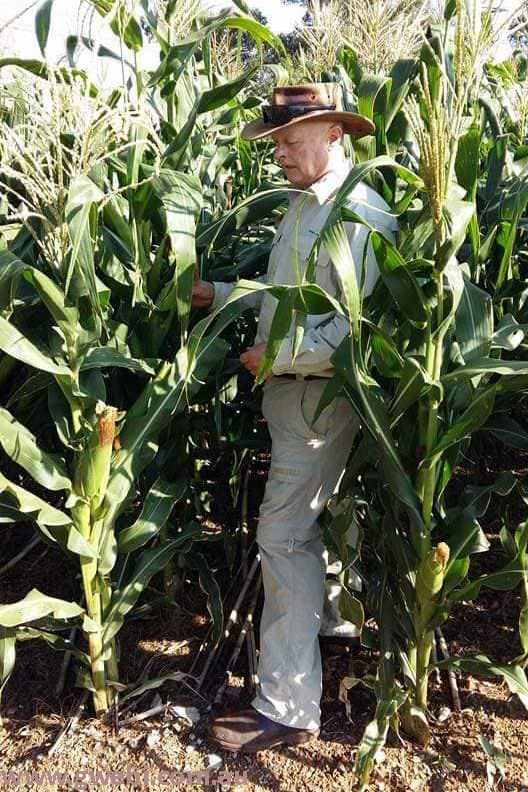 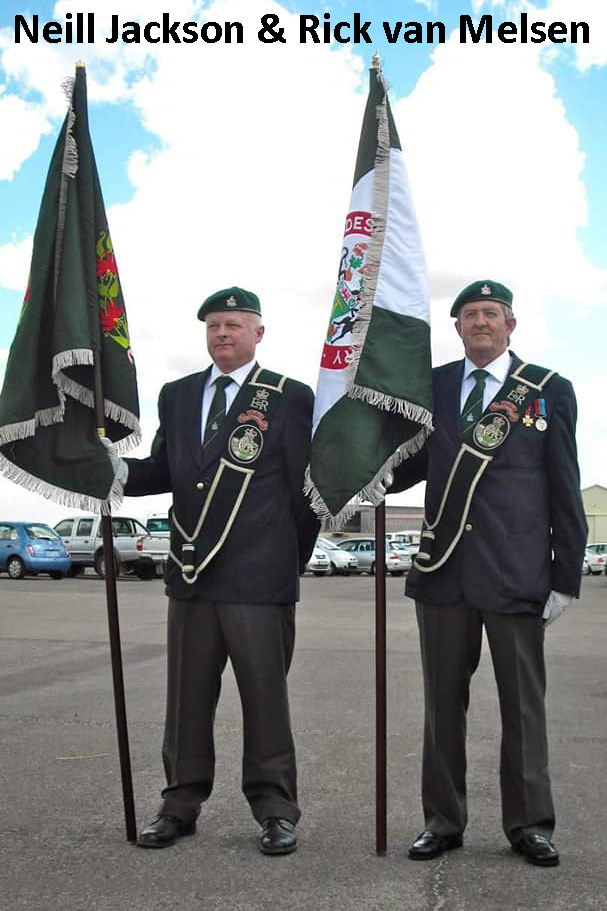 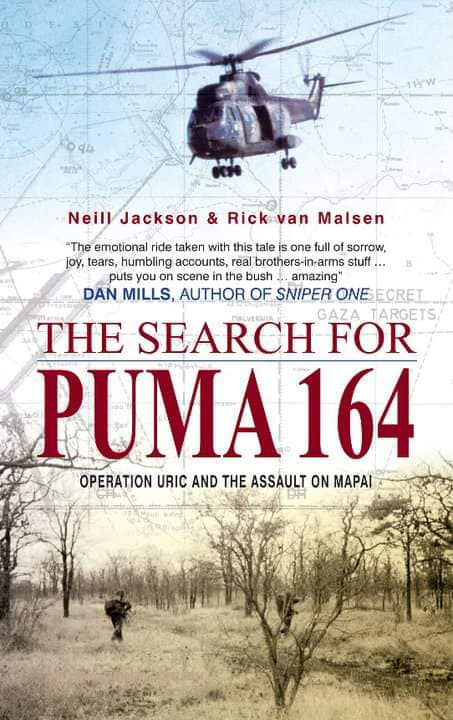 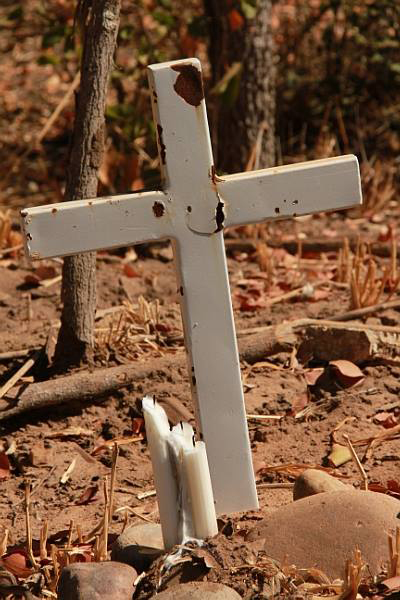 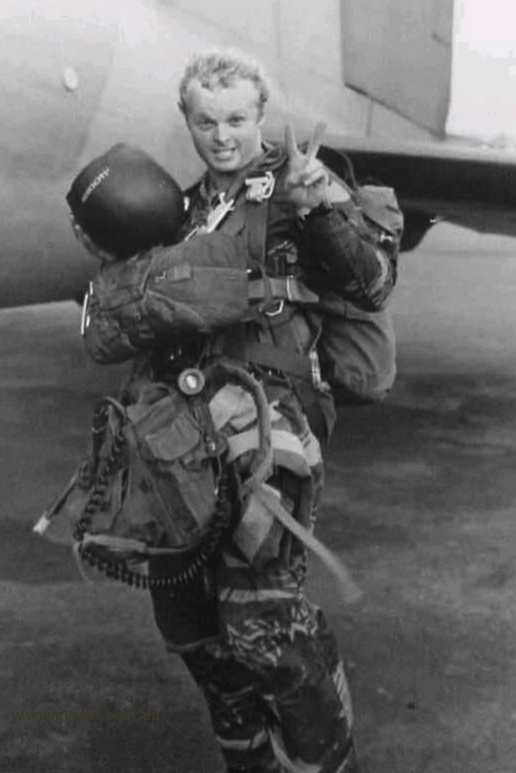 Neill St John Jackson was born in Malta on 28th September 1953, where his father was stationed with the Royal Marines and his mother was with the WRENs. The family moved to Rhodesia in 1956. He subsequently attended Churchill and Oriel Boys Schools in Salisbury.
He enrolled at Gwebi with Course 25 and was awarded a First Class Diploma with a Distinction in Farm Management. He had played for the Rugby and Cricket First teams and was Captain of Water Polo
Neill was commissioned as 2nd Lt with Mike Vallaro during National Service. He signed up as a regular with Support Commando, Rhodesian Light Infantry. He was promoted to the rank of Captain as Second in Command of 1 (Independent) Company, RAR. Neill proved to be an inspirational leader.
He was author of ‘The Search for Puma 164’ which he wrote with Rick van Malsen. Neill had led the search almost thirty years later to pay homage at the final resting place for the 17 that were downed by an RPG-7 rocket, including three air crew, on 7th September 1979 at Mapai, Gaza Province in Mozambique.
He was married to Johanna.
Neill passed away at 12:20 am on 29th August 2019 aged 65. He had bravely battled cancer for eight months. At the time of passing they were in Howick, KwaZulu-Natal and working at Foundations for Farming - Gateway to Africa.
Steve Bennett from social media and Gwebi Echoes 1975.

Fred Lyon (Course 25)
Fred was General Manager (Western Australia) for IAMA in Perth, Western Australia for two years from 1999. He was Sales Manager with FarmWorks Australia. He was General Manager for four years and merged three business units.
Fred is currently Merchandise Manager for Primaries CRT in Bibra Lake, WA and won the 2016 Ruralco Award for the best performing merchandise business in Australia.
LinkedIn and Ruralco 2016 Annual Report.

Construction of Hale Dam, 1975-76
Warwick Hale of Bramfield Place married Sue in 1963 and she continued working in Gwebi admin and as PA to Rodney Mundy for a few more years. Warwick described how the project came about to Colin Lowe:
"My father, Ian Hale, had this concept of the Hale Dam right from the time he bought the farm Bramfield Place which was originally called Nalire. This purchase was in 1951. This farm was directly across the Gwebi River from Gwebi College and the idea was to build a large dam wall from an existing outcrop that partially spanned the river. Windmill (Pvt) Ltd bought St. Marnocks farm from the Douglas family in the early 1970’s and through their good offices it became possible to raise sufficient finance to undertake the large project. The Hale Dam Syndicate was formed to build the dam in 1975. Windmill took 42% of the shareholding in this company with Hale Farming another 42% and the remainder being 15% to Derek Belinsky of Arden Park Farm, and 1% to Ned Henwood of Sigaro Farm. The government as represented by Gwebi College were offered a share but they declined.
"Construction started in 1976 and the contractors were Hooper and Stopforth with Peter Hooper being the operations manager. The construction of the dam was soon in trouble because of the swampy nature of the riverbed. In those days back-acters were not available and bulldozers had to be  used to clear the mud from the base. There was a time when there were over twenty bulldozers on site! In the end a D4 was attached to D6’s on either side of the river and it was dragged backwards and forwards like a squeegee to clear the liquid mud. A substantial concrete spillway was constructed and the dam filled in the 1977 season. There were numerous cost overruns with the engineer Mr Jerry Wall appearing at one site meeting to state that the projected scheme cost had doubled since he first estimated. The spillway was increased with a concrete abutment and in the late 1980’s the capacity of the dam was doubled to 1500 million gallons.
"At the same time Hale Farming bought St. Marnocks giving it, by 1990, sufficient water for 600 hectares of full irrigation. During 1990 centre pivots were introduced to Bramfield and St. Marnocks when the greater efficiency of water usage enabled an even larger hectarage to be irrigated. Pump stations had been constructed both above and below the dam wall and these were increased in size at these stages. As far as Hale Farming was concerned a Wheat/Soya rotation was introduced with some success. Potatoes and other smaller production also took place from the dam."
As related to Colin Lowe.
The farms were jambanjered in 2002 and the new inhabitants damaged the spillway. It has not been repaired so the dam has only 50% capacity. The government takes water for the college.